Hello,
I’m having unexpected results when filtering my selectbox , and I don’t see the best matches listed on top of the list. For example , I have a huge list in my selectbox, and when I filter with the string “WRN”, I expect to see the options starting with this string (or at list options containing it) on top, however its not the case and I find unrelated strings coming first. Here’s a screen capture of what I see: 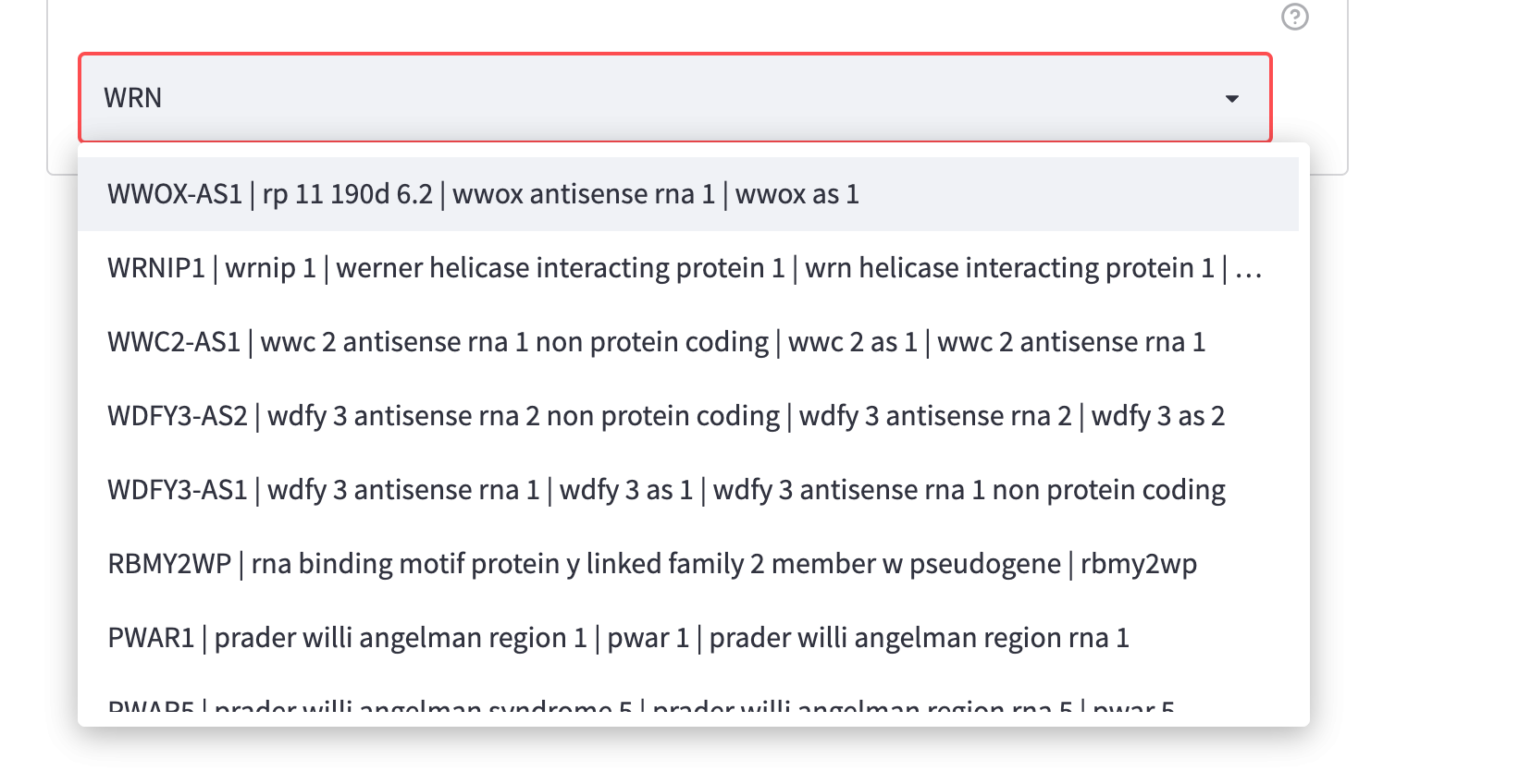 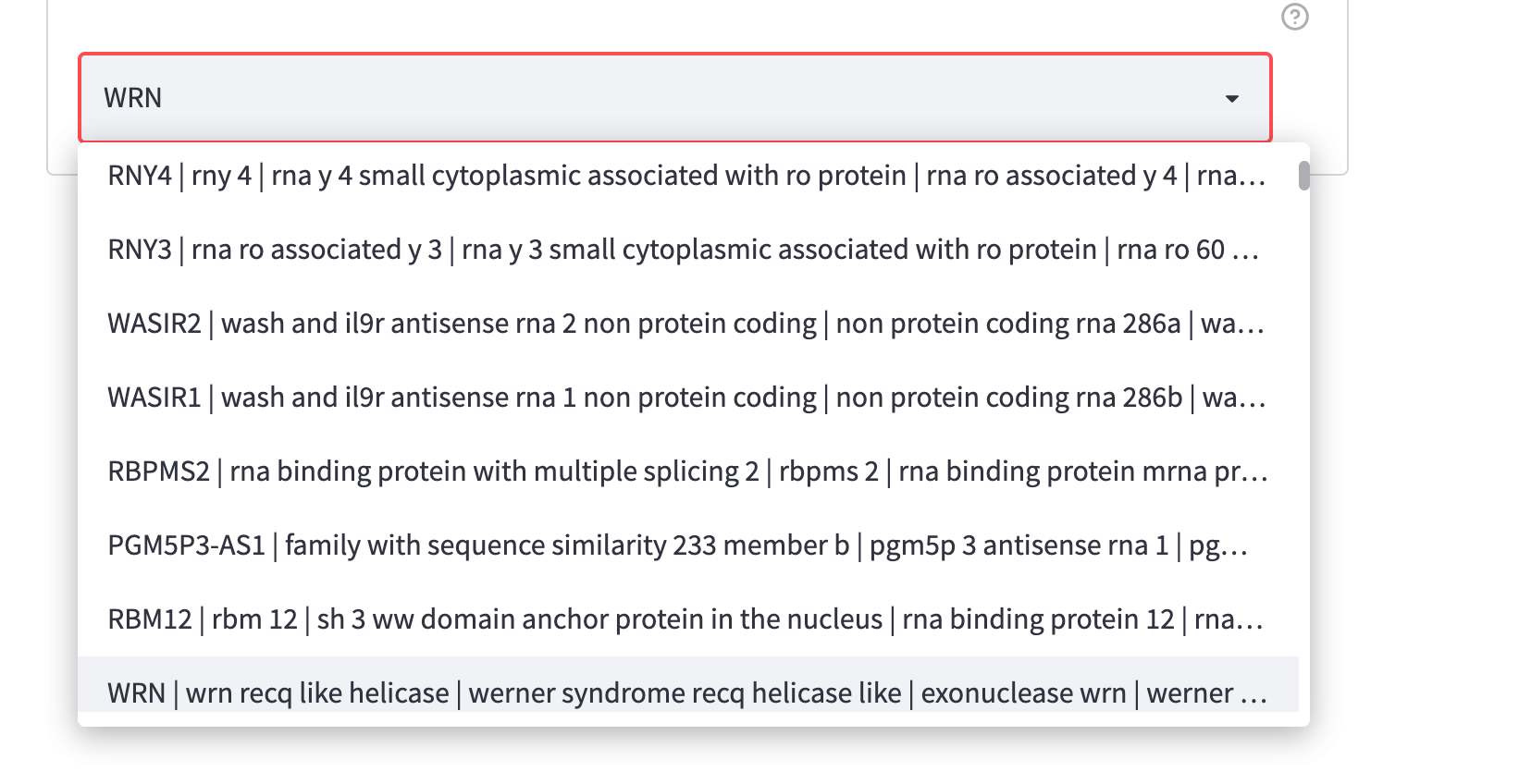 In some older discussions I s’ve seen the idea of creating a custom filteroption for filtering the selectbox in our own way, but is there any way to pass this function from the python code ?
Thank you in advance

This behavior is because the default way that the selectbox does filtering is with fuzzy-search, meaning as long as the entry has the characters you type in that order, it will be a shown.

It depends on your use-case, but if for example you only care about the part before the first | for filtering purposes, you could use a custom format_func to only display that part, and then the filter will only look at that part.

Note that the output will have the full string, not just the part before the |. Hope that’s helpful.

Thank you for clarifications,
Having seen the react code of streamlit for selectbox filtering , I’m actually aware how its supposed to work. So I know the result is correct , but I guess the selectbox is supposed to list the best scoring strings first, for example the one that starts with : WRN 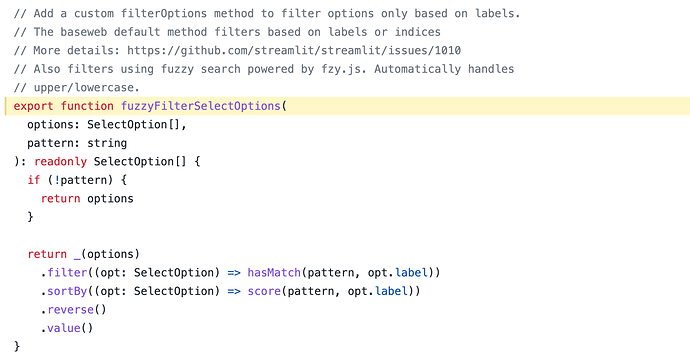 In addition, I know about the format_fonc and I’m actually using it. But for the filtering, I’d like to it on the entire line , not just on the first section (before the pipe).