Let's get to know each other! ✨

Although there are quite a few OG Streamlit-ers on this forum, there are also tons of new folks joining each day! We wanted to provide a thread where newcomers and longtime Streamlit-ers alike can introduce themselves. Here are some questions to help you get started:

I’m Caroline, and I run Streamlit’s Developer Experience team. I live in the greater Boston area and work remotely. My favorite part of my job is the Streamlit team! We are truly a bunch of fun nerds, and it’s always lovely to hang out with my coworkers, whether that’s during our virtual happy hours or in-person for an onsite event.

I have two cats named Quincy and Dino (after Dean Martin), and a rabbit named Peanut. Quincy is the older/more evil cat, while Dino is the little angelic kitten. When I’m not working, I do a lot of crocheting and watch a lot of movies (my husband majored in film studies, so he’s always convincing me to watch obscure movies). My favorite emoji is probably

because I love yarn/have way too much of it. I’m a big pineapple on pizza person, but I also appreciate mushrooms, so I’ll do a half pineapple, half mushroom pizza (but they’re on separate sides! Never mixed together). 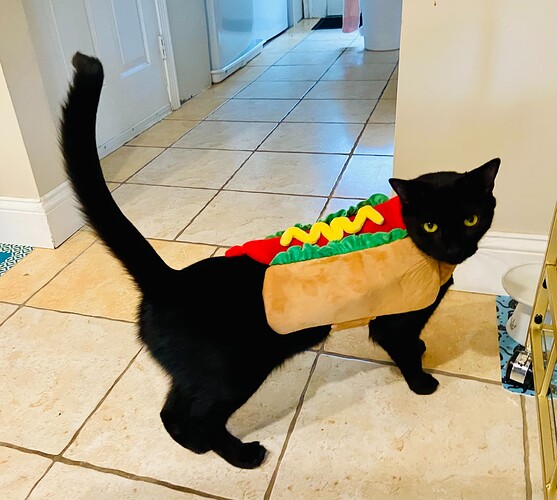 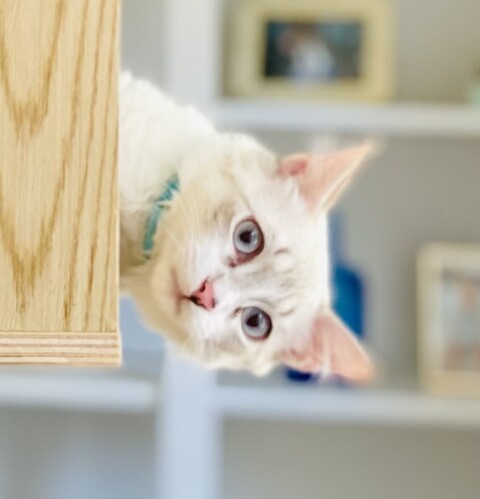 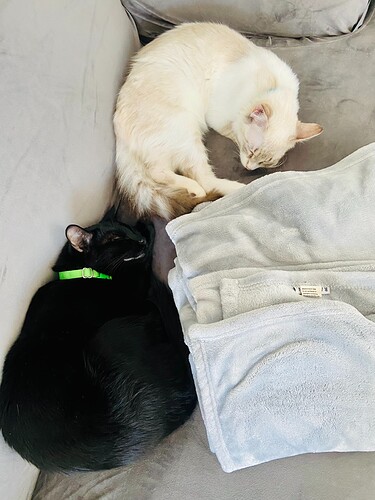 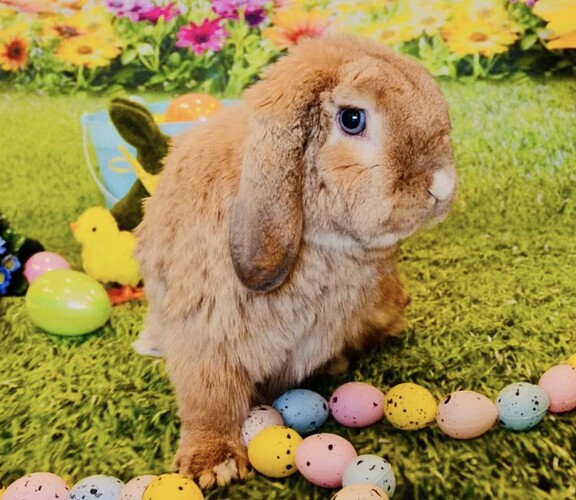 WOOOOO! Hey everyone I’m Tyler, a data scientist for Streamlit and now Snowflake. I used Streamlit because someone tweeted about it in like July of 2020, and I was bored in the middle of Covid so I tried it out and really haven’t looked back since.

Hi I’m Amanda, one of the co-founders of Streamlit. Also dog mom, people mom, reader of books, occasional hiker, and that’s about all I have time for. Here are my answers: 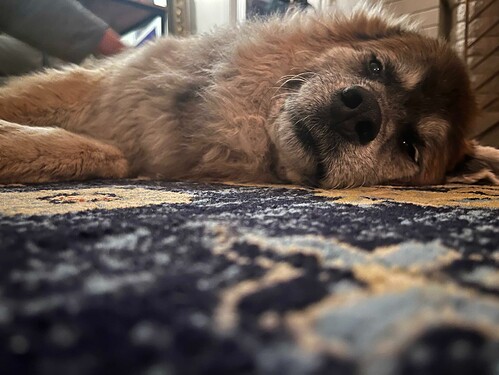 Hey all! I’m Chanin, a Senior Developer Advocate for Streamlit at Snowflake. In my spare time, I’m Data Professor on YouTube creating ~50 tutorial videos on Streamlit as well as 250 videos on data science and bioinformatics. I first heard of Streamlit about a little over 2 years ago from my YouTube subscriber asking whether I have tried Streamlit and if I could make a tutorial about it. Prior to joining the Streamlit team, I’ve worked as a Professor of Bioinformatics at Mahidol University, Thailand for 15 years doing research in the field of bioinformatics with a focus on computational drug discovery.

Hi, I’m Zachary, and I’m a Data Engineer on the Streamlit Data Product team at Snowflake. I work remotely from West Lafayette, IN. My favorite part of my job is getting to build new Streamlit apps to test the limits of what’s possible with Streamlit, and prototype new features that could one day make it into Streamlit.

I joined the forum to find our more about what interesting new things people are doing with Streamlit, and what common issues people are running into, so we can keep making it a better product.

I have a very brave dog named Teddy who recently went through a really tough time and had to have one of his legs removed. He’s taking it like a champ, and adjusting really well to being a tripod. 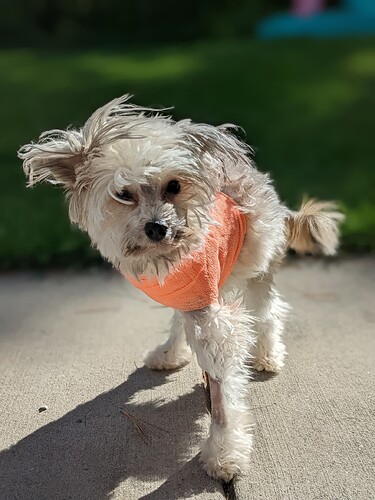 (not a standard emoji, but I love using it wherever I can)

Any meat, but I’m a sucker for trying new unusual toppings toppings. Aussie style is one of my favorite atypical choices (at least in the US), including eggs on the pizza among other things.

Hey everyone! I am Ken! I am the engineering manager who focuses on Streamlit itself. You may have seen me posting release notes :-). I am based in Seattle, WA.

I joined when I joined Streamlit. My goal is to understand more the challenges developers face when using Streamlit so that we can make it better or more informative.

I have one dog named Louie who likes to act goofy. 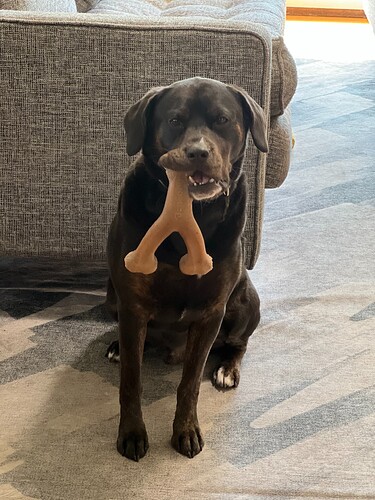 I use my favorite animal, the giraffe

Of the standard ingredients, I prefer a veggie pizza with peppers and onions. If there are more options for toppings. I love Goat cheese, Mama’s Lil Peppers, onions, and chicken or sausage.

Excited to talk to y’all!

Heyo! I’m hear to lurk and learn. I work on the Streamlit team at Snowflake, and my favorite part of my job is seeing new Streamlit features getting used.

Ok, on the pet front, I have 2 cats and 0 dogs, but wish I had 2 dogs and 0 cats. But at the end of the day, I do still love my 2 little furniture destroying monstrosities.

My favorite emoji is

. I use it to vote on topics at work, and I use it because I am an avid board and table-top gamer. I even run a dungeons and dragons campaign as the dungeon master, so there are plenty of dice in my life!

Looks like the posts here are all from the streamlit team.

We’ve used it to build many parts of ours operations tools.

Wow the website https://www.tryklarity.com/ looks amazing. Just wondering if it is built using streamlit.
Thanks
Sai

Hi, I’m Charly, a Developer Advocate for Streamllit based in France.

I create demos, help developers be successful with Streamlit, and actively participate in the product roadmap. Being an SEO at heart, I’m also involved with crawability and indexability tasks for our web properties.

Why did you join the Streamlit forum?

I’m on the forum to help our users, and I’m amazed by all the fantastic apps shared by our community! I reshare the stuff I see on our forum via my Twitter or internally to other Snowflake employees

We’ve got one lovable dog called Herbie and two cats! Chaka and her son, Teddy, who has grown loads in the last five months! 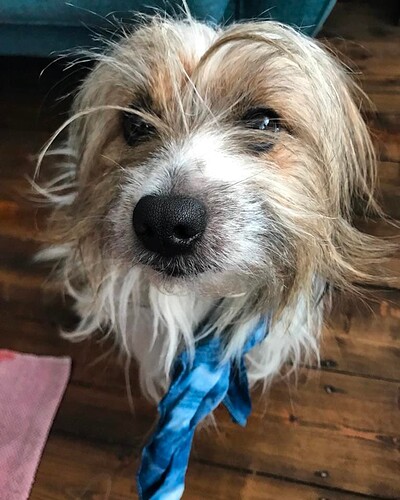 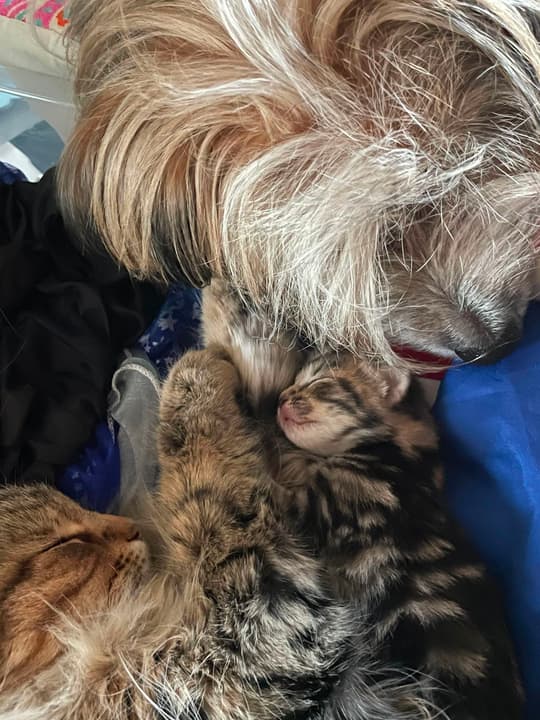 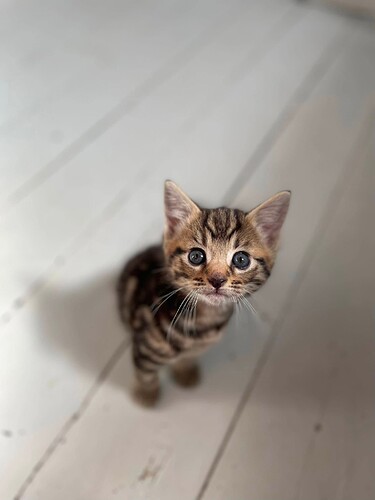 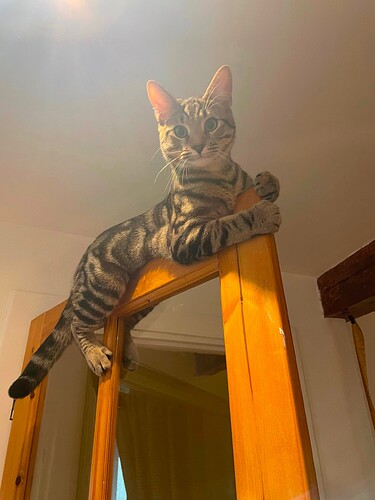 I tweet a lot about Python and Streamlit, so it has to be the fired snake

and the fired balloon

I’m a pizza snob, so it’s a tough one! I’ll go for fresh basil, garlic, Nduja sausages, and Portobello mushrooms!

Hi!!!
My name is William but I probably prefer Will since it’s 1 syllable instead of 3. I am a software engineer who works on the streamlit open source project and I am sometimes on here to learn about what problems anyone who is using streamlit and just to also check out the cool apps that our streamlitters create! I am based in Los Gatos, CA and mainly remote.

I’m Jessica and I work with the community and marketing team at Streamlit. Been a member of the forum for 2 years now.

You’ll likely recognize my name from posting the Weekly Roundups here under Show the Community. I love seeing all the amazing projects you create and the wide variety of ways you use Streamlit. It’s really inspiring.

I live in Northern California and enjoy spending my free time with friends and family, and YES I HAVE A PUPPY. She turns 1 in December and her name is Rio. I probably make pizza for dinner once a week

Some of my frequent emoji’s are:

Looking forward to meeting and learning more about everyone!

I’m Arvindra Sehmi, a reasonably active member of the Streamlit Creators group, here to help all of you in the community feel the Streamlit vibe. I was born in Kenya, of Indian origin. My great grandparents emigrated to Kenya in the late 1890s as skilled laborers to build the railway from Mombasa to Lake Victoria. I now live in Oxford, England.

I’m taking a career break for a couple of years having previously been CIO and Director of Software Engineering at Oxford Economics for a decade, and nearly another decade before that at Microsoft as global business manager and (an award-winning) software architect and technical evangelist. I’m a proud geek and developed a passion for maintaining my technical skills at Microsoft, where all engineering roles were expected to be hands-on with its cloud platforms, services and dev tools.

I obtained my PhD in Biomedical Engineering but since then changed my career several times, on the job mostly, learning and just doing stuff to the best of my ability… a bit like what I’m doing these days!

Past time passions?
I’ve played golf since I was 14 years old and copied Seve’s swing for most of my life. In my next life I’d like to be a golf coach!

Favourite place?
The Lake District in the Kenya Rift Valley.

Hit me up in the forums.

Hi all! I’m Sebastian Flores - aka sebastiandres on almost all sites.

I joined the Streamlit forum to ask questions, share my apps and hopefully answer questions. Never imagined it was such a great and active community - less that I would become part of the Streamlit Creators.

I work as Chief Data Officer on a EdTech company called uPlanner, leading the Data Scientist and Data Engineering teams. I wrote about how we use streamlit on st’s blog! My favorite part of the job is solving problems with code. It’s always amazing to be able to automate stuff for people. “This used to take days. Now the computer does it for you in hours/minutes”. Wild stuff. Computers are simply amazing!

I have two cats. 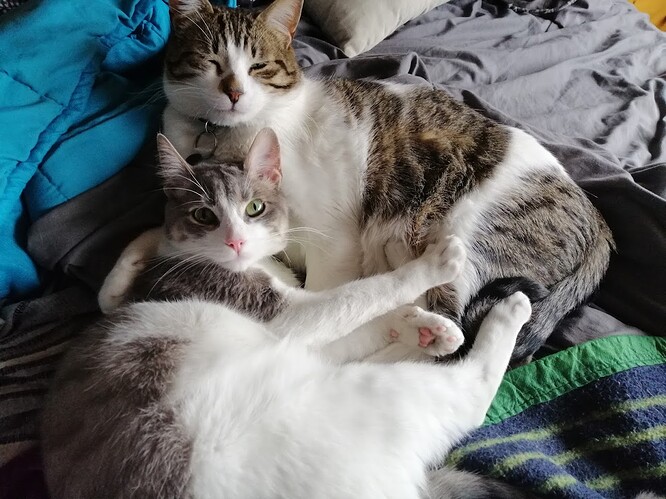 cats1291×968 260 KB
Chispy is the oldest, and is BIG furry ball of fat and hair: 10 kilos (22 pounds) of feline love. Milo is the smallest and a very sweet cat.
Funny story: we choose both thinking they were female, on separate occasions. They had female names that we had to adapt once the vet told us they were male. Chispita become Chispy, and Milagros ended up being Milo.

Easy and to the point.

Toppings on pizza: Everything. Not a fan of pinnapple, but never say no to a pizza slice. My personal favorite pizza is quattro stagioni: artichokes, mushrooms, ham/prosciutto, olives.

I really love creating apps with streamlit. After my first app, i was like “I KNEW there could be an easy way to do this” (same feeling with numpy and pandas).

Some other fact - feel free to reach out to talk more: 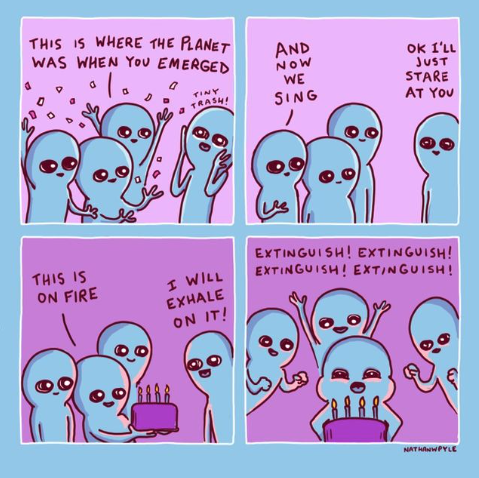 I got introduced to the forum (and Streamlit in general) as part of my ongoing job search and have stayed around for the learning. I love problem solving! Seeing everyone’s questions is a rapid and interesting way for me to learn. I get to see all sorts of different scenarios at a much faster rate than I would stumble across by myself.

What do you do for work? What’s your favorite part of your job?

To be determined! I quit my previous job at a small business with a plan to upgrade my career. I am looking to get my foot in the door in the data science industry.

Four cats! Oldest to youngest: Lilly, Ewok, Wookie, and Hina
(Lilly is the senior of the household. Wookie is a big boy at 16lb. Ewok is half that at a teeny, tiny, very floofy, less than 8lb. And Hina’s theme song is Sweet but Psycho.) 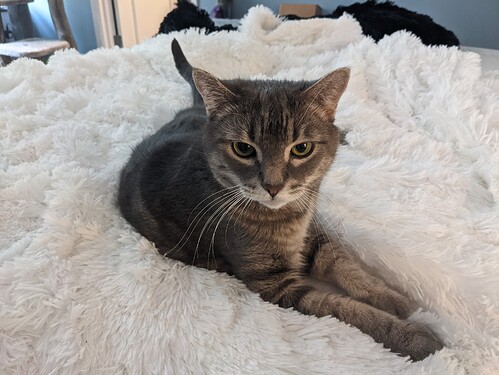 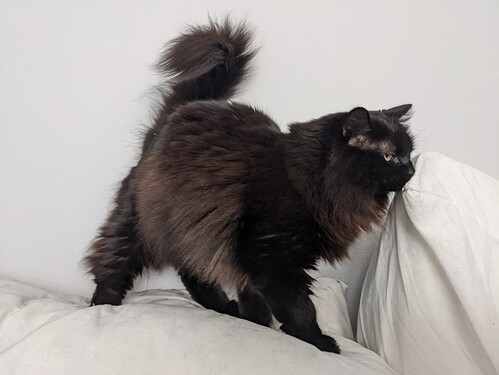 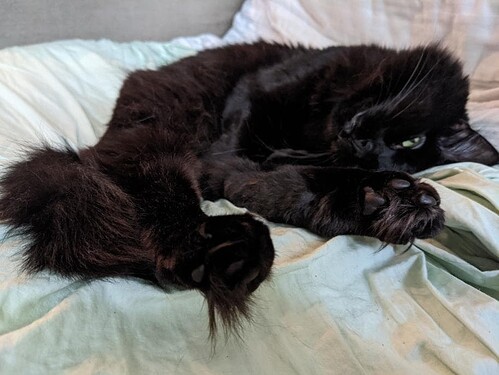 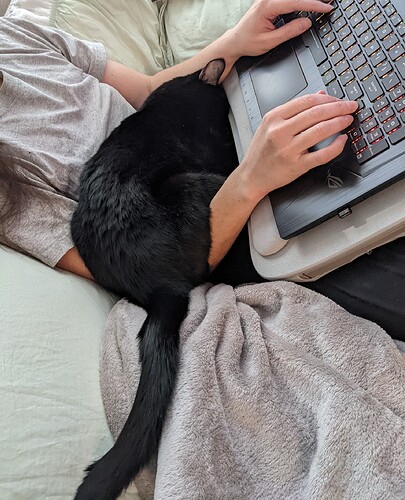 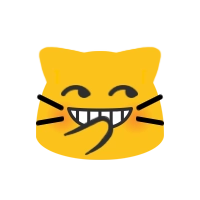 Generally something along the lines of supreme, extra peppers and mushrooms.